So here’s a new thing 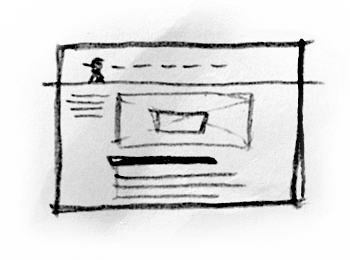 As you can see, there is a fancy new site here at tonyxprice.com, built using WordPress. I’ve been using WP a lot more lately and liked what I saw, so I thought why not give it a shot. The site is responsive and should work well across a number of screens. I started out developing the site locally with MAMP and moved it to the live server over last weekend (with the help of the CBA himself).

Things got off to a less-than-stellar start, though. No more than a day later the site had been compromised by some nefarious individual(s). Once again the CBA swept into action and saved the day rather quickly. Kevin Miller is awesome, but you all knew that.

So what’s all this then?

Politics, religion, baseball, skateboarding, film & television, veganism. All of these topics may appear here, or none of them. Who knows. We could talk about fascist anarchists, but that still wouldn’t change the fact that, well, those don’t actually exist. I encourage you to let me know what you think. Or don’t. I won’t get upset, unless you’re being stupid.

So have a look around at the site. You’ll find the custom shoes I’ve worked on, and a bunch of the various projects that I’ve been fortunate to work on. Most items have their own page with info, but the shoes page uses Fancybox to give you the full view.

And that’s it really. If you follow me on Twitter (@tonyxprice), then I’m sure you will see the occasional link that leads you back here.

This entry was posted in Random. Bookmark the permalink.

This site uses Akismet to reduce spam. Learn how your comment data is processed.

Before & After: This world won’t defeat me →